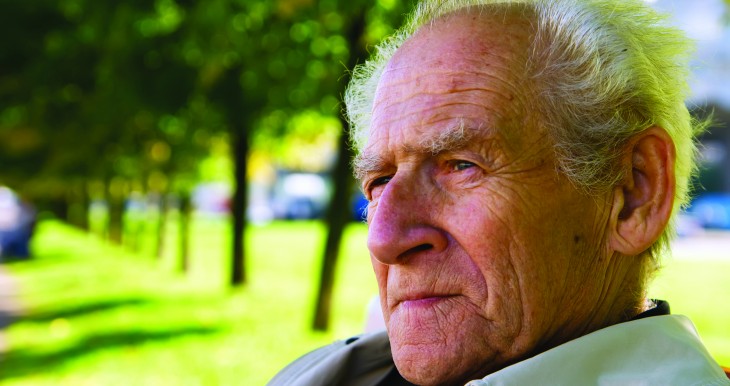 A lack of affordable housing for seniors is one of Israel’s most acute social challenges. Amigour is leading the way for change.

“I am a Jew who escaped from hell,” says Maria, an Israeli senior citizen living in an Amigour Sheltered Home.

Maria’s story is typical of survivors of the Shoah. She was born in Ukraine in 1916, and her family helped establish a Jewish commune there in 1926. When the war broke out, her husband was drafted into the Red Army and killed in battle. Meanwhile, the Nazis captured her village, and in March 1942, Maria and her sister were taken to a labor camp. She left her parents and child, and later learned all of the Jews in the commune were sent on a death march. Maria escaped, but the rest of her story is filled with abuse and loss – until she arrived in Israel.

“When I reached Israel, I thought I would be alone forever. But here I found other people living in an Amigour Sheltered Home, and we became close. I love my apartment, my neighbors, and the way we help each other. Here I found the family I had lost,” she recalls.

A lack of affordable housing for seniors is one of Israel’s most acute social challenges. The problem is rooted in an extreme lack of supply, causing prices to rise, as well as long construction lead times. Many older adults have taken in roommates to pool rent money, while others find shelter in storage facilities or end up on the streets.

This housing crisis has made so many Holocaust survivors – Jews who lived through unimaginable suffering – vulnerable in Israel. Many Israelis over aged 65 and older can’t afford to purchase or rent sustainable lodgings. 27,000 low-income senior citizens are on waiting lists for subsidized shelter. Fifty percent of them are Holocaust survivors.

A Solution for Israel’s Seniors and Holocaust Survivors

The Jewish Agency Senior Social Housing Initiative is a well-planned program to address the crisis in Israel, carried out with the support of the Government of Israel.

Approximately 3,000 units will be constructed on 17 sites in nine cities across Israel. These units will be small apartments, each a maximum size of 600 square feet, and will provide high-quality housing for elderly adults. New development on under-utilized land and the addition of floors on existing complexes will allow The Jewish Agency and its partners to act quickly to build more affordable homes.

Amigour builds communities, not buildings. It is all about the residents. A key element is the cultural, educational, and recreational programs offered every week to residents, such as concerts, art workshops, exercise classes, and volunteer opportunities. These activities provide a structured framework for social interaction, creating an environment that stimulates and engages. Above all else, these programs enhance the well-being and quality of life of Israel’s elders. Amigour is a place where they feel safe, nourished, loved, and above all, at home.

Like Maria, Isaac was born in Ukraine, and is a resident of an Amigour Sheltered Home in Be’er-Sheva. He remembers the cold winters in the Baletski Ghetto during the German occupation.

“Today we live at the Amigour Shimshon Sheltered Home in Be’er-Sheva. Our son lives in Be’er-Sheva too, and we have two granddaughters who have completed their service with the Israel Defense Forces. This is our home.”

Isaac was born in 1932. At age 10, he quickly became the “supply man,” escaping the ghetto to a nearby agricultural area and gathering the leftover vegetables. Isaac and his family got away by hiding in different homes and miraculously survived until the liberation. After completing his time at the university, he got married and had a child while living and working in Moldova until his family moved to Israel in 1991.

The Jewish Agency and Federation has been working to secure a vibrant Jewish future for more than 80 years. Every year, we touch the lives of more than any Jewish organization in the world.

We were instrumental in founding and building the State of Israel, and we continue to serve as the main link between the Jewish State and Jewish communities throughout the world. We bring Jews to Israel and Israel to Jews by providing meaningful Israel engagement and facilitating Aliyah. We serve disadvantaged populations in Israel and abroad. Israel’s housing crisis is one of the ways The Jewish Agency and your Federation addresses some of the Jewish People’s greatest challenges.