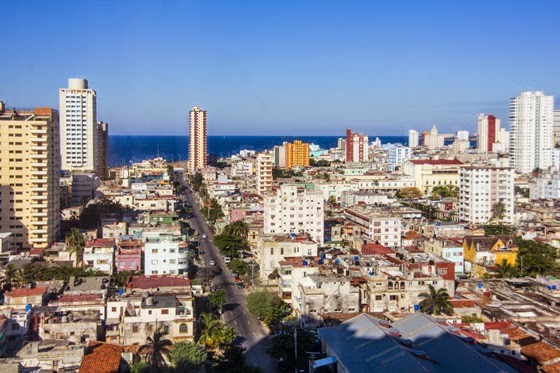 Two weeks before Passover, 30 loyal donors joined Federation staff, Miriam Norten, head of Legacy Society and Missions, and Michael Sonduck, Federation President and CEO, on a Mission to Cuba. The Mission was filled with several firsts, including the Jewish Federation of San Diego County’s first Mission to Cuba and most donors first trip to the country. 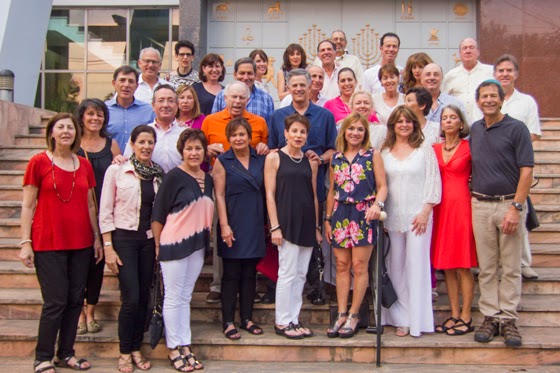 The aim of the Mission was to expose participants to Cuba’s Jewish life and community, its deep-rooted history, the country’s colorful culture, and its rich art. The other primary focus of the Mission was to deliver medication and money to purchase essential items and other goods specifically requested by the Cuban Jewish community. Prior to the Mission, a great deal of medication was procured thanks to donations from several generous health professionals in our local community. 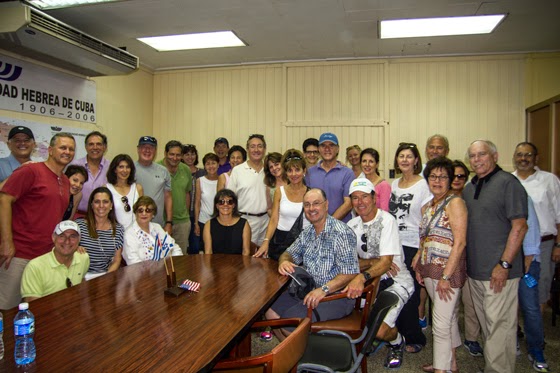 On March 18, the group left San Diego and arrived in Miami, where they boarded a group flight to Havana, Cuba to spend not a long, but a good time together. For five days, the group took in much of what the city had to offer, marveling at art in the many galleries and museums, touring the city’s historic streets, exploring architecture, and experiencing traditional cuisine. The enjoyment of Cuba’s lively culture was an experience shared by the whole group, and according to feedback, it made for an extraordinary and impossible-to-replicate bonding experience. 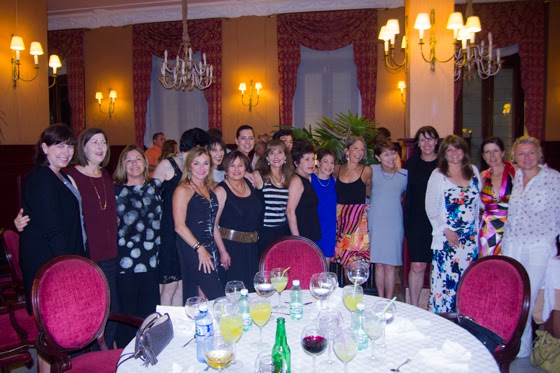 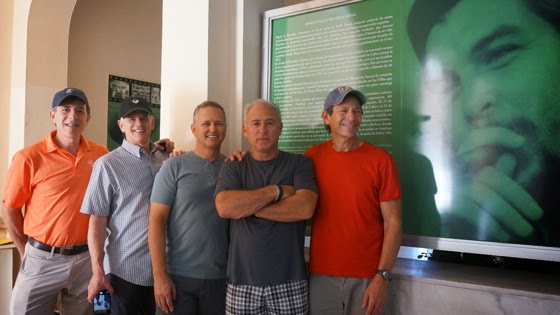 When not indulging in Cuban culture, participants spent the majority of their time during the five-day Mission learning about Jewish life in Cuba. Mission participants visited Jewish community centers, synagogues, and notable Jewish memorials in Havana. There, they had the opportunity to meet Cuban Jewish community members of all ages and to experience what it means to be a Jew living in Cuba today. 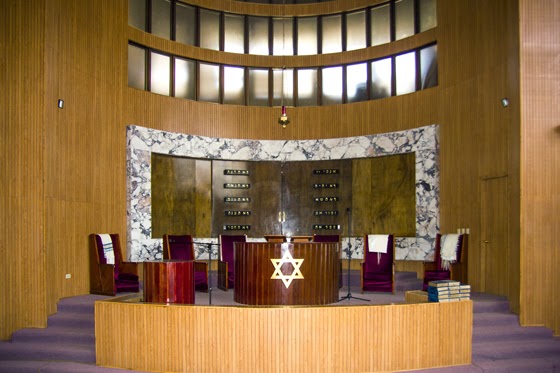 Exposure to Jewish life in Cuba was an eye-opening experience for many, as participants witnessed firsthand the vast differences — as well as the similarities — between our local San Diego Jewish community and this overseas, yet not-so-distant, Jewish community located just miles off the U.S. coast.

Upon arrival in Cuba, San Diegans were presented with a grim statistic: only 10 percent of the Jewish population remains in Cuba, while the other 90 percent of Jewish community members have left! However, the general consensus of most participants was that the community was bright, tight-knit, sufficiently thriving, and indeed alive.

“I was surprised to see so many Jews, considering that the religion was banned for so long. It was a very unified Jewish community that all members work hard to preserve by being active community members, taking care of one another, contributing value to the community, and engaging youth,” said Esther Michan. “It’s amazing what the Jewish community as a whole has been able to accomplish — in such short time.” 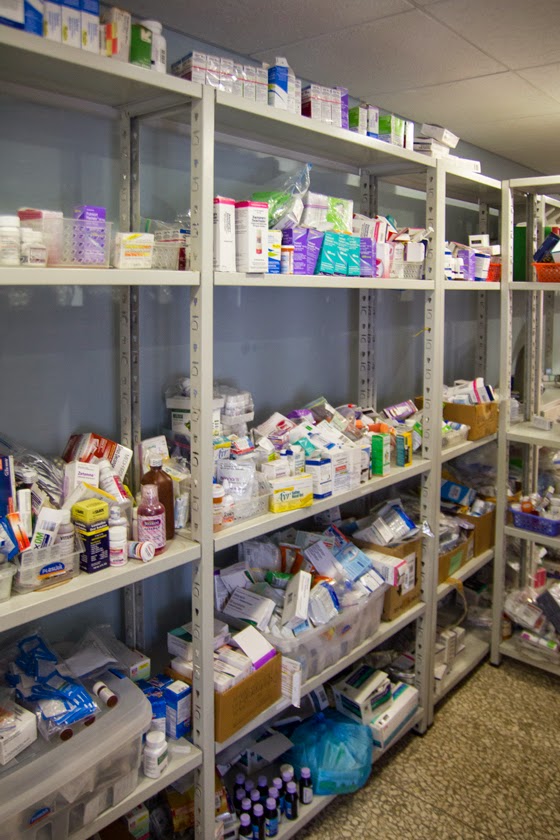 However, as participants learned, Cuba is limited in resources, lacking critical supplies that we as Americans often take for granted, like access to life-saving medications. The group visited three synagogues in Havana, which also serve as community pharmacies that provide medication to Jewish and non-Jewish locals. After visiting the synagogues, listening to local leaders, and conversing with Jewish community members, participants were able to grasp the severity of Cuba’s medicine shortage.
Participants were shocked to learn that although Cuba’s healthcare system is advanced (more or less), intact, and provides citizens with well-trained doctors, access to basic medication –– even for the most common sicknesses — is extremely limited in the country. According to feedback, donors felt that bringing and distributing medication was not only the most fulfilling aspect of the Mission, but also an exemplary depiction of what Federation does to care for all Jews in need overseas.
“My one major takeaway was seeing how Federation dollars directly impacted Jewish community in Cuba,” said Lori Polin, Mission co-chair. “The impact that our dollars make was extremely evident, and the benefits seemed to be felt by the entire Jewish community, especially by youth and younger adults, which was a lovely change from previous Missions that have focused on providing care for elderly Jewish adults.”
Upon reflecting on the Mission, a handful of participants mentioned some remarkable experiences that they shared with young Cuban Jews and expressed some highly intriguing outlooks about the future of Cuba’s Jewish community based on those interactions.

“It seems that the people are caught up in the excitement, especially young people, about change and potential equality,” said Liz Coden. “I witnessed a very involved and cohesive young Jewish community, where youngsters are exposed to American culture via participating in Maccabi Games, going on Birthright, and traveling to the U.S. Yet most young Cuban Jews choose to stay because they are motivated by hopes of improvement in the quality of life. Instead of making aliyah, like the majority of their peers, many young Jews plan to remain in Cuba, enthusiastic about future societal changes, which I find to be impressive.”

“I found that young people want to leave, but at the same time they want to preserve the Jewish community, which is an extremely interesting concept to me,” said Deborah Gerber. “People have the opportunity to leave and many are doing so, however, it surprised me how deeply rooted families were in not only being Cuban, but also in being Cuban Jews and members of the local Jewish community.”

Some participants, on the other hand, had very different impressions based on their personal interactions with youth. “On a few occasions, my husband and I engaged with young people, and upon pointing out what the future holds for them and all that is to come within the next 10 years, I could sense a lack of optimism felt by the youth in each scenario,” said Lori Polin.

In short, participant sentiment regarding the future of Cuba’s Jewish community and what it holds for young people was mixed. Regardless of the varied reactions, Mission participants painted a very vivid portrait of Cuba’s tight-knit Jewish community, which possess its own unique culture.

“This was my fifth Mission, and what made this one different was that this Mission was about a happy group of people who want to be Jewish, desire Jewish culture, and are seeking outlets to practice religion,” said Dr. Lisa Glazer. “The Mission provided a glimmer of insight into what I first saw in Poland, a resurgence of Jewish life, but in a new form that is constantly evolving, yet one that works for Cuba’s Jewish community.”

Missions, irrespective of location, are about caring for all Jews in need, uniting Jewish communities, and fostering meaningful connections between Jewish communities, near and far. This is exactly what Federation sought to achieve when it brought together hundreds of Cuban Jews for a Friday night Shabbat service and community-wide Havdallah celebration, a highlight of everyone’s Mission.
Federation and donors supported the community-wide Havdallah celebration by providing transportation for hundreds of car-less Cubans, to and from the event, and by offering a Saturday night meal. This allowed for more than 350 Cubans to share the special Shabbat experience with San Diego Jewish community members.

“This was my first time on a Federation Mission, and the entire experience was wonderful,” said Valerie Viterbi. “In my opinion, the best way to foster connections with other Jewish communities is to experience their everyday lives, wherever that might be in the world, and I now feel that Missions are a great way to accomplish such goals.”

Federation aims to provide donors with the highest caliber of Mission experiences in an effort to care for, expose, and connect San Diegans to Jewish communities all over the world. As you’ve just read and have most likely heard by now, Federation Missions are a once in a lifetime opportunity to connect not only with worldwide Jewry, but also as a means to connect or reconnect with your own personal Jewish identity.