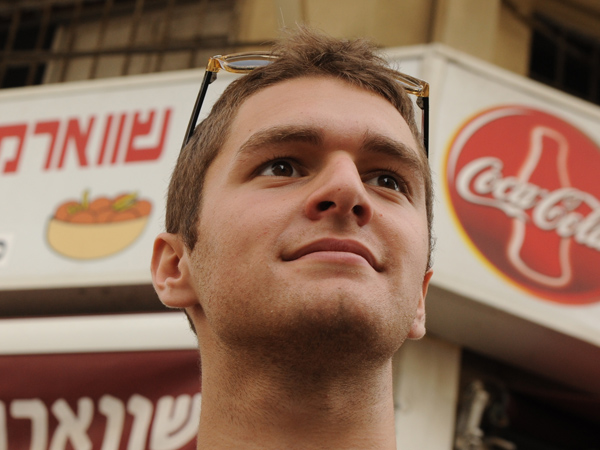 Though he’s been in Israel for less than a year and is far from his family, Thibault already feels more at home there than he ever did in his native France.

In Paris, he felt like an outcast. Though his grandparents are Holocaust survivors, Thibault grew up in an assimilated household with little connection to the Jewish community. Yet his Jewish last name still left him a target for rising anti-Semitism. Looking for a new path, he turned to Federation partner The Jewish Agency for Israel.

A New Wave of French Aliyah

Thibault’s story is one of many from a Jewish community at a historic crossroads. Anti-Semitic incidents are increasing and the economy is stagnant. For Thibault and many other French olim, the January 2015 Paris terror attack on a kosher supermarket was the final straw. “That was it,” he said. “I knew I had to make a change.”

The Jewish Agency assisted every step of the way, from offering pre-departure counseling and arranging his travel to providing him with temporary housing, Hebrew courses and more to jumpstart life in his new home.

Building a New Home Together

Thibault now lives in a Jewish Agency-run absorption center near Tel Aviv. He’s surrounded by fellow young French Jews eager to begin new lives while trying to adjust to their new language, culture and reality. It’s a diverse and supportive community that—with the support of Federation—is growing stronger every day.

All of this is only possible thanks to your generosity!