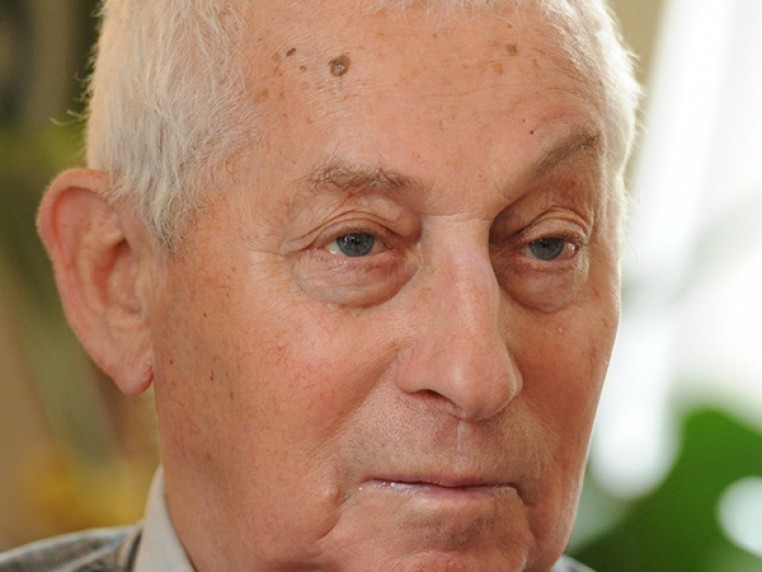 When you support Federation you support the life-saving work by our partner The American Jewish Joint Distribution Committee. Thank you for all that you do.

Oszkár, 94, vividly remembers his Budapest childhood. Passover seders with family, singing in the synagogue choir, studying at vocational school--and the Nazis storming in and destroying all of it. Though he had dreamed of one day becoming a bank officer, the new anti-Jewish legislation turned what should have been an attainable goal into an impossible fantasy.

At 21, he was taken to two different labor camps, one run by a sadistic supervisor who forced each inmate to carry logs up a hill–logs so big each required two people to lift.

Shortly after the war, Oszkár was fortunate to meet the love of his life, but since she passed away 20 years ago, he has lived alone in a small apartment in his hometown. His health declined in 2012 after a stroke left him with constant tremors, partial blindness and deafness, and limited mobility.

But with Federation at his side, he’s never alone.

Direct service is just one part of JDC’s mission to assist Holocaust survivors in Hungary.

At the JCC in Budapest, the Shalom Club offers them the chance to come together for educational and social programs that also help beat isolation, like film screenings, city tours and exercise. About 20-30 survivors participate in the monthly Eotvos social club, with many also serving as community volunteers.

It’s a holistic approach—one that reminds Holocaust survivors they have a whole Jewish community working hard to care for their needs.

“JDC makes me feel like I’m not alone,” Oszkár says.