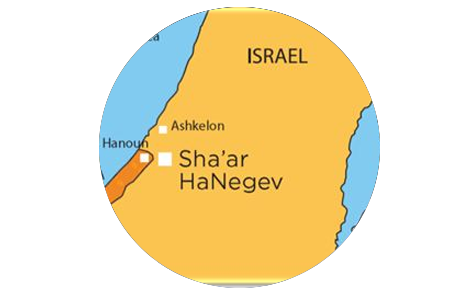 As so many children around the world return to school this month, and with our recent celebration of Rosh Hashanah, we are reminded that the autumn serves as a time for new beginnings – for ourselves, for our families, and for our communities.

Nowhere was this concept more vivid than in Sha’ar HaNegev in southern Israel, where students recently filed for the first time into the Yitzchak Shavit High School, a fully fortified eight-building complex where kids can learn and play, safe from the fear and uncertainty that often plagues their daily lives amid rocket attacks from the nearby Gaza Strip.

The school was funded by generous donations from the global Jewish community, including World ORT, the Jewish Federation of San Diego County, the State of Israel and others, and is named after Yitzchak Shavit, z”l, a passionate supporter of Israel and consummate advocate and fundraiser for the Jewish State.

The Yitzchak Shavit High School represents everything its namesake campaigned for throughout his lifetime: education, development, and the promise of prosperity and security for the children of Israel. He worked tirelessly for The Jewish Federations of North America and United Israel Appeal, ensuring that millions of dollars benefitted Israelis through new schools, business centers, athletic facilities and other community enhancements. He was devoted to The Jewish Agency for Israel and the Government of Israel, establishing programs that renovated distressed neighborhoods and brought hope and prosperity to those in desperate need. Yitzchak’s indelible imprint continues to be felt throughout Israel.

As a tribute to Yitzchak, Israel’s President Shimon Peres attended the school’s opening ceremonies, where he praised the 1,200 students for their courage and commitment to academics.

Nothing would have made Yitzchak prouder than to see the young faces that make up the future of Israel, waving Israeli flags as they welcomed in the school year. Nothing would have pleased him more than to know that each student will receive the high-quality education that every child deserves.

We invite you to share in these moving photos of President Peres’ visit to the Yitzchak Shavit High School, which will bring new beginnings for so many young Israelis, for generations to come.
Shana Tova!