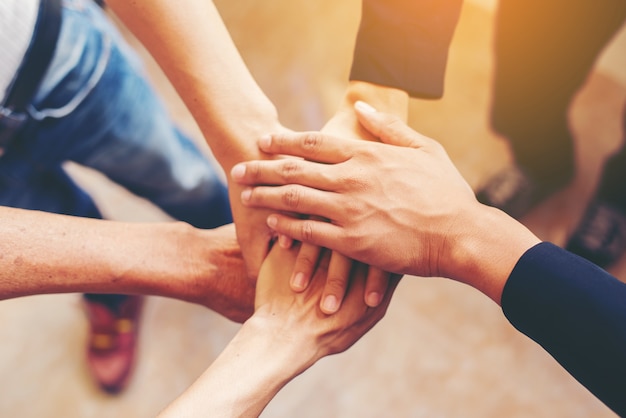 Now is the Time to Engage

Many acting together have the strength to change the course of history, but individuals acting alone can only stand by and watch as the Jewish people unravel.

Endless articles and opinion pieces have been written about the extreme action of the Israeli cabinet under Prime Minister Netanyahu’s leadership as it relates to religious freedom in Israel. Disturbingly, this action has resulted in enlarging the fissure between the Diaspora and Israel. As seen throughout Jewish history, sinat chinam (baseless hatred), has caused the downfall of our homeland more than once.

Some voices throughout the Diaspora have called for disengagement from Israel as well as withdrawal of charitable support to Jewish Federations, medical institutions, and other nongovernmental organizations (NGO’s) that do charitable business in Israel. This is an unconscionable response to the issue of the Kotel. When there is dissent among the Jewish people, the worst possible response is to turn away. Instead, we must engage with even more determination for the sake of Jewish peoplehood and Jewish unity. We cannot stand by or, worse yet, turn away, while anti-Zionist extremists set the direction of our Jewish future.

Now is the time to invest more in the power of the collective; many acting together have the strength to change the course of history, but individuals acting alone can only stand by and watch as the Jewish people unravel. For millennia Judaism has played a central role in forging and unifying our people. It is our dedication to the collective and to one another that helped to reestablish our Jewish homeland as well as to build our Jewish communities in the Diaspora and to care for the most vulnerable among us worldwide. The voices calling for retreat or threatening to withhold their charitable dollars to the collective are only harmful and will have zero positive impact on outcomes.

Great power and impact comes from the collective:

1. Jewish Agency for Israel (JAFI) is the overseas arm of the Federations movement and has been, and continues to be, at the forefront of this issue in partnership with the Reform and Conservative movements. Without JAFI at the table negotiating and pressuring the Israeli government toward compromise, those of us in the Diaspora would have no voice at the table whatsoever.

2. Partnership2Gether (P2G), an initiative that creates a living bridge between Israelis and Diaspora Jews, continues to thrive. It is a place where mutual understanding grows and alliances are forged. Investing more in P2G gives us both an effective opportunity to expose Israelis to progressive Judaism in North America, to which most of them have never been exposed, and an effective way to reach out to these Israelis who can put pressure on the Israeli government to implement the compromise plan for the Kotel.

3. JAFI/JFNA has an outstanding program which sends members of Knesset (MK’s) to the Diaspora. It is eye-opening for the MK’s and is a unique way to build understanding of what Jewish community looks like outside of Israel. Investing more in this initiative will only have positive results.

4. A PR campaign aimed at Israelis with a specific call to action and leveraging the power of the collective – with coordination among JFNA, JAFI and other NGO’s and international partners – will have a profound impact on informing and educating the Israeli public. A majority of Israelis are secular, Masorati or modern Orthodox; whether they know it or not, this issue is relevant to them as a part of Israeli society.

These are just a few ideas that will be important steps toward maintaining Israel’s historic role as the homeland of the Jewish people and stopping the further de-legitimization of the majority of Diaspora Jews by a vocal, extreme minority.

I am aware of criticisms against “outsider interference.” One criticism is that Americans should not interfere in internal Israeli politics or in Israel’s security and if this were such an issue I would completely agree. I believe, however, that this is neither internal nor security-related. Rather, this issue is about Jewish peoplehood and therefore affects unity of the Jewish people. Thus, it is an Israel-Diaspora issue.

Another criticism is that “Americans who haven’t fought just don’t understand” or that “the critics are from the radical fringes.” In response, I would state that I am a dual Israeli/American citizen and that I served in a combat unit in the IDF, so I have had “skin in the game” as it relates to defending the Jewish people from its enemies. In addition, although I grew up Conservative and currently belong to a Conservative congregation, I do not represent any of the liberal streams of Judaism. In fact, I prefer Orthodox services when I am not with my family.

I believe that we will reach a compromise in the near future. My fear, however, is that in the meantime those of us living in the Diaspora will disengage from and withdraw support from Israel, creating self-inflicted wounds from which we may never recover. On the contrary, now is the time to engage further and to invest even more in the collective. With unprecedented numbers of our next generation moving further away from Judaism, Jewish identity and Israel, our Jewish future is at risk, and the calls for cutting support for the collective only add fuel to the fire. Now is not the time to retreat.

Brian Eglash is the Chief Development Officer and Senior Vice President at the Jewish Federation of Greater Pittsburgh.