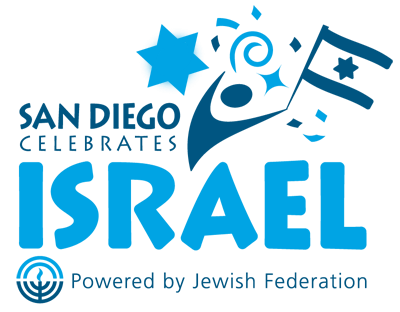 If you were anywhere near Nobel Athletic Field last Sunday, you couldn’t have missed the energy and excitement of the San Diego Celebrates Israel - Yom Ha’aztmaut Festival. Nearly 5,000 people and over 110 community synagogues, organizations, merchants, and vendors came together to make this year’s event the best yet!

This year’s festival featured a 2014 RED Corvette showcasing car parts made in Israel, an Israeli wine and vodka tasting garden and a garlic & chili eating contest sponsored by San Diego’s sister community Sha’ar HaNegev - Kibbutz Dorot of Dorot Garlic and Herb. Maccabi Tel Aviv fans watched as the Israeli team won the 2014 Euroleague championship basketball game as it was live-streamed at the festival.

Other highlights included the Israel parade, live entertainment from Israel, the Fountainheads and local performers, a petting zoo with a camel, arts and crafts and even big rides. Yasher Koah to the Friendship Circle who kicked off the festival with their annual Friendship Walk which raises money to support an inclusion program for teens and young adults with special needs.

A big thank you to all of the public officials who came to San Diego Celebrates Israel including: US Congressman Scott Peters, State Senator Marty Block, San Diego Unified School Board President Kevin Beiser and Deputy Counsel General of Israel from Los Angeles Uri Resnick. Mazel Tov to Rabbi Chalom Boudjnah who won the free round trip El Al Ticket to Israel and three nights at the Inbal Hotel in Jerusalem! Thank you to all who attended and participated, the festival was so successful because of your support for Israel and the Jewish community here in San Diego. 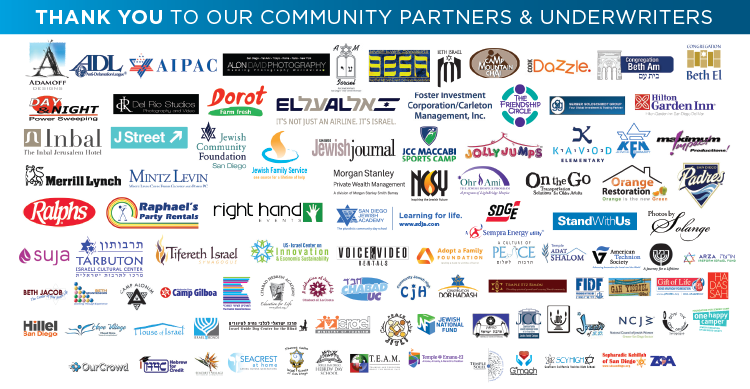